This is a past event. Registration is closed. View other Finnish Business Council Singapore events.

Add this event to any of these calendars

Get directions on Google Maps 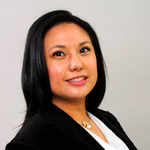 Eugenia Victorino joined SEB in August 2018 as the Head of Asia Strategy focusing on macro and FX strategy research on China and the rest of the Asia Pacific region.
Prior to SEB, Eugenia spent almost 6 years as an Economist at Australia & New Zealand Banking Group (ANZ Bank) in Singapore covering ASEAN and South Korea.
She is a frequent speaker at major international media outlets like Bloomberg TV, CNBC, and BBC. She has also worked at ING Bank in Amsterdam focusing on country risk in Emerging Markets.
Previously, she worked as a university lecturer handling Microeconomic Theory, Mathematics for Economics, and Statistics for Economics at Ca' Foscari University of Venice and Ateneo de Manila.