This is a past event. Registration is closed. View other Finnish Business Council Singapore events. 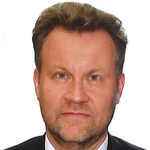 Head of Mission, Ambassador at Embassy of Finland

Ambassador Antti Vänskä arrived in Singapore in June 2019 to assume his position as Head of Mission at the Embassy of Finland.
Mr. Vänskä joined the Ministry for Foreign Affairs of Finland in 1996 and has served on several interesting assignments both home and abroad.
Prior to Singapore Mr. Vänskä served four years as Deputy Chief of Mission at the Embassy of Finland in Washington DC, USA. Earlier in his career, Mr. Vänskä has worked in the Embassy of Finland in Berlin, Germany (2001 – 2004) and in the Consulate General of Finland in St Petersburg, Russia (1997 – 2001).
In Finland, Mr. Vänskä has served, among other positions, as the Special Adviser to the Prime Minister of Finland (2010-2014). Earlier, he has worked in the Ministry for Foreign Affairs as Deputy Director in the Unit for Russia and as Counsellor in the Unit for Asia dealing for instance with relations between the EU and the ASEAN.
Mr. Vänskä graduated from Turku School of Economics and Business Administration (Finland) with a Master’s degree in Economics. He has also studied abroad in Sweden and in the United States. 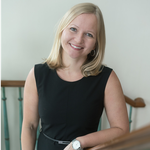 Tiina Haikola is the Executive Director for Aalto University Executive Education Asia Pacific operations in Singapore, Chairman of the Board for the Finnish Business Council and Board Member for the European Chamber of Commerce. Prior to joining Aalto EE, Tiina was 12 years with Duke Corporate Education in London and Singapore, working with clients across several industries in 20 different countries designing and delivering customized executive education programs. After seven years in London, Tiina moved to Singapore in October 2013. Tiina holds a Master of Education degree from the University of Jyväskylä in Finland and is certified in the use of the Myers‐Briggs Type Indicator (MBTI), Intercultural Readiness Check (IRC) and Emotional Intelligence instruments. 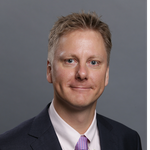 Probably the best off-piste skier residing in Singapore. Harri is the Chairman of the Finnish association in Singapore.
Ace in the complex space combining corporate HR, IT and Data. Recognized for innovative new perspectives of looking at predominant foundations. Master of HR data and processes, understanding and visualizing the blueprint of an organization, leading to Insight driven decision-making.
Harri holds a Master´s degree in Business and Economics, further studies include multiple certifications such as Workday Pro in reporting and the prestigious Pinnacle Award from SAP. He is actively developing his skills in data science, machine learning and intelligent technologies.
In addition to mountains and skiing, Harri enjoys playing golf & other sports and delving into modern technology. He is keen on exploring less travelled destinations, helping others and teasing his kids. 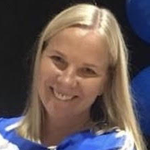